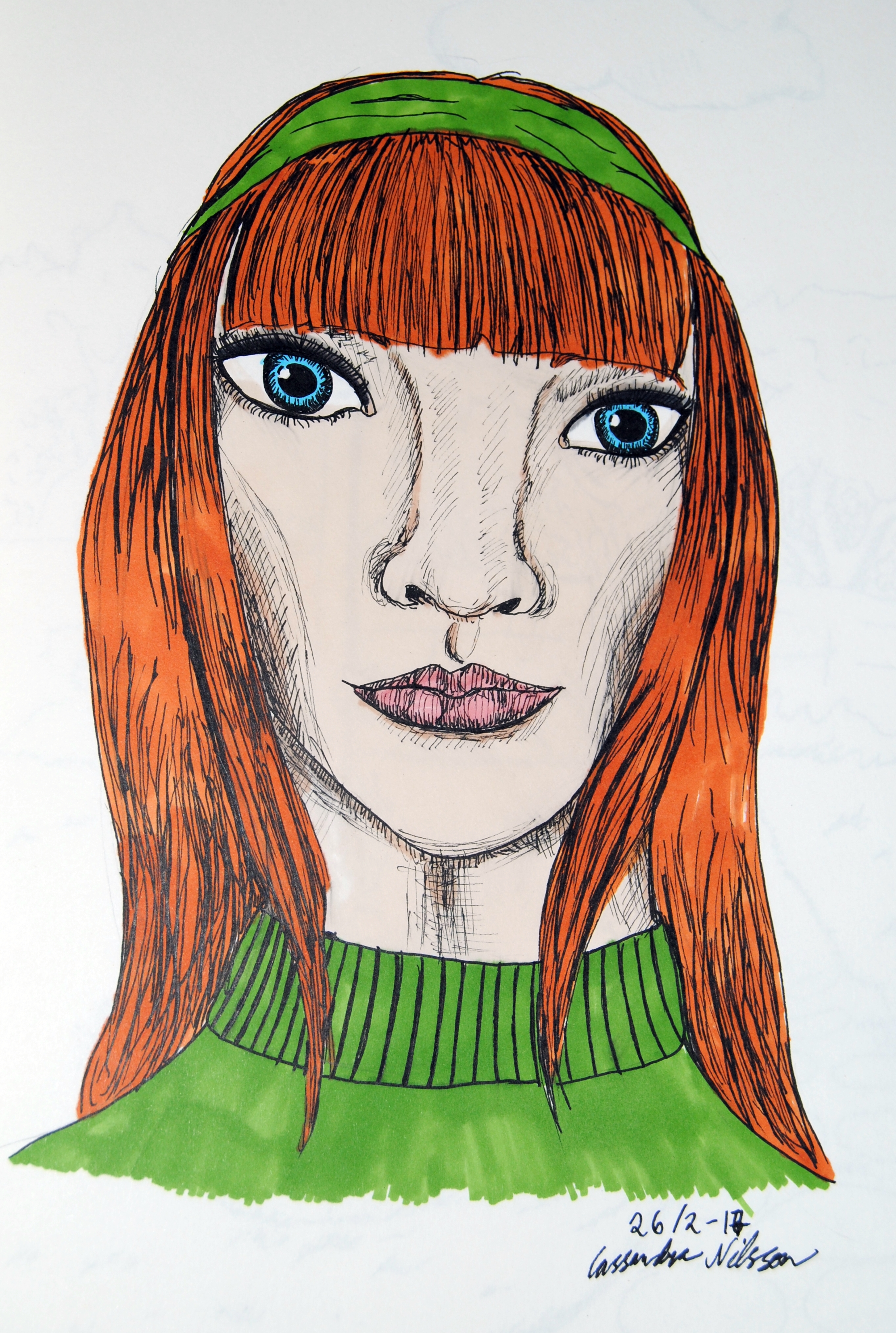 I drew this at the same occasion as Kupolen, but it’s drawn freely from imagination. Originally it was supposed to be just an ink pen drawing, but one of the other members suggested I colour it and I did when I got home. It turned out rather nice. I’m starting to like doing shadowing with ink pen and then colour it with promarkers. It creates a rather fetching look.