I’m so proud of myself for sticking it out for all of Inktober. It’s been really great, and I’ve developed a lot as an artist by drawing every day. Now I just need to keep it up and draw often, if not every day. 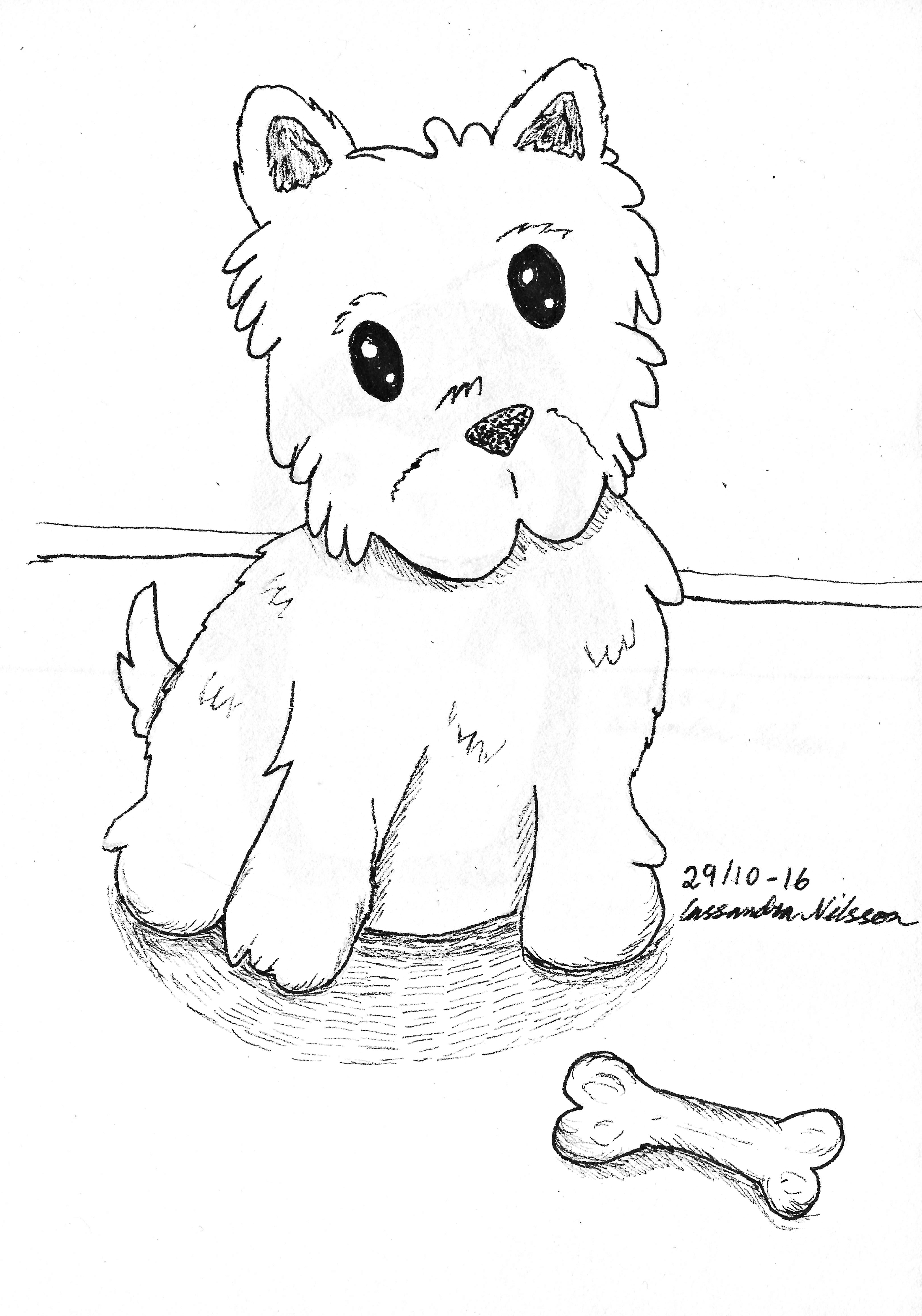 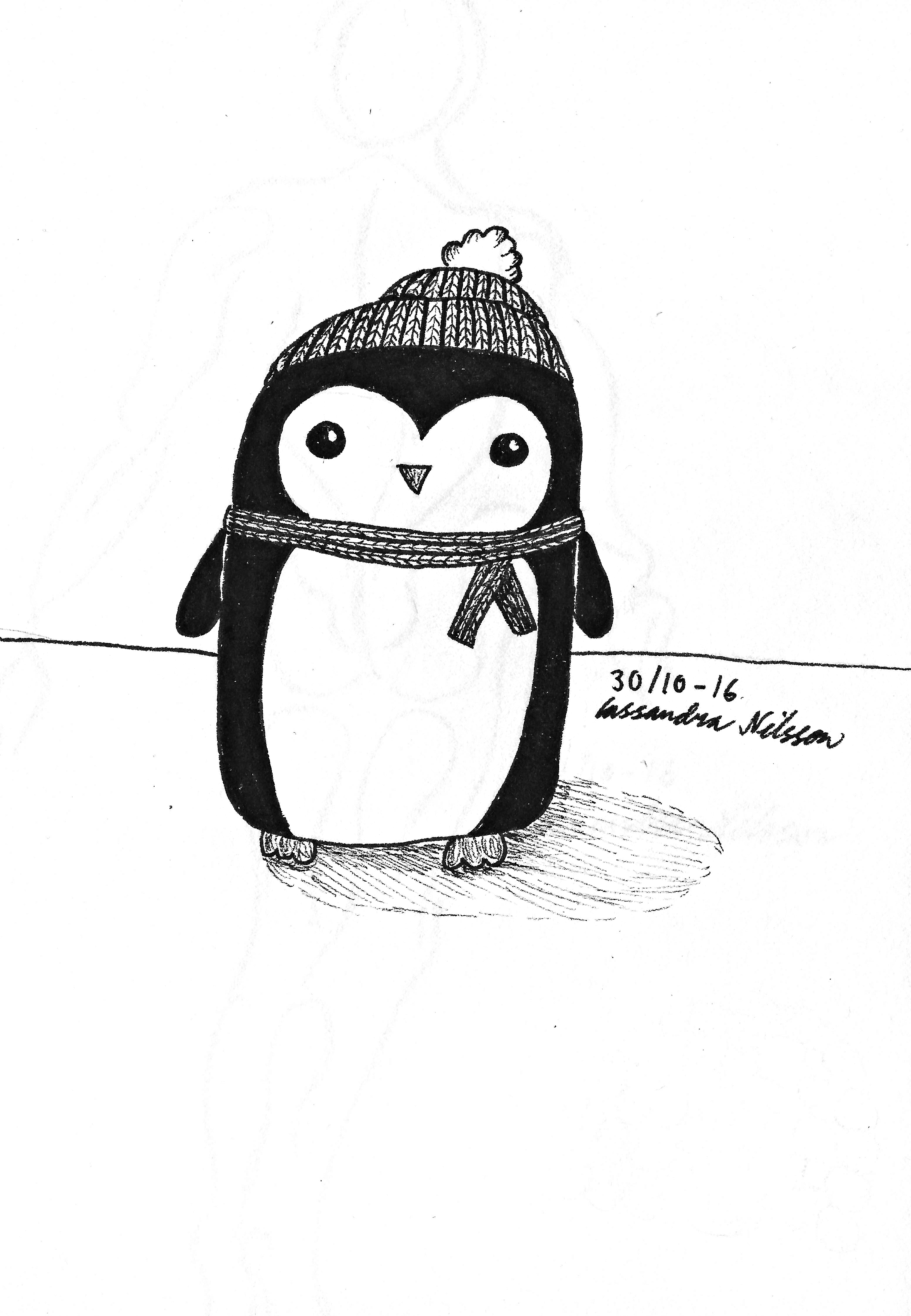 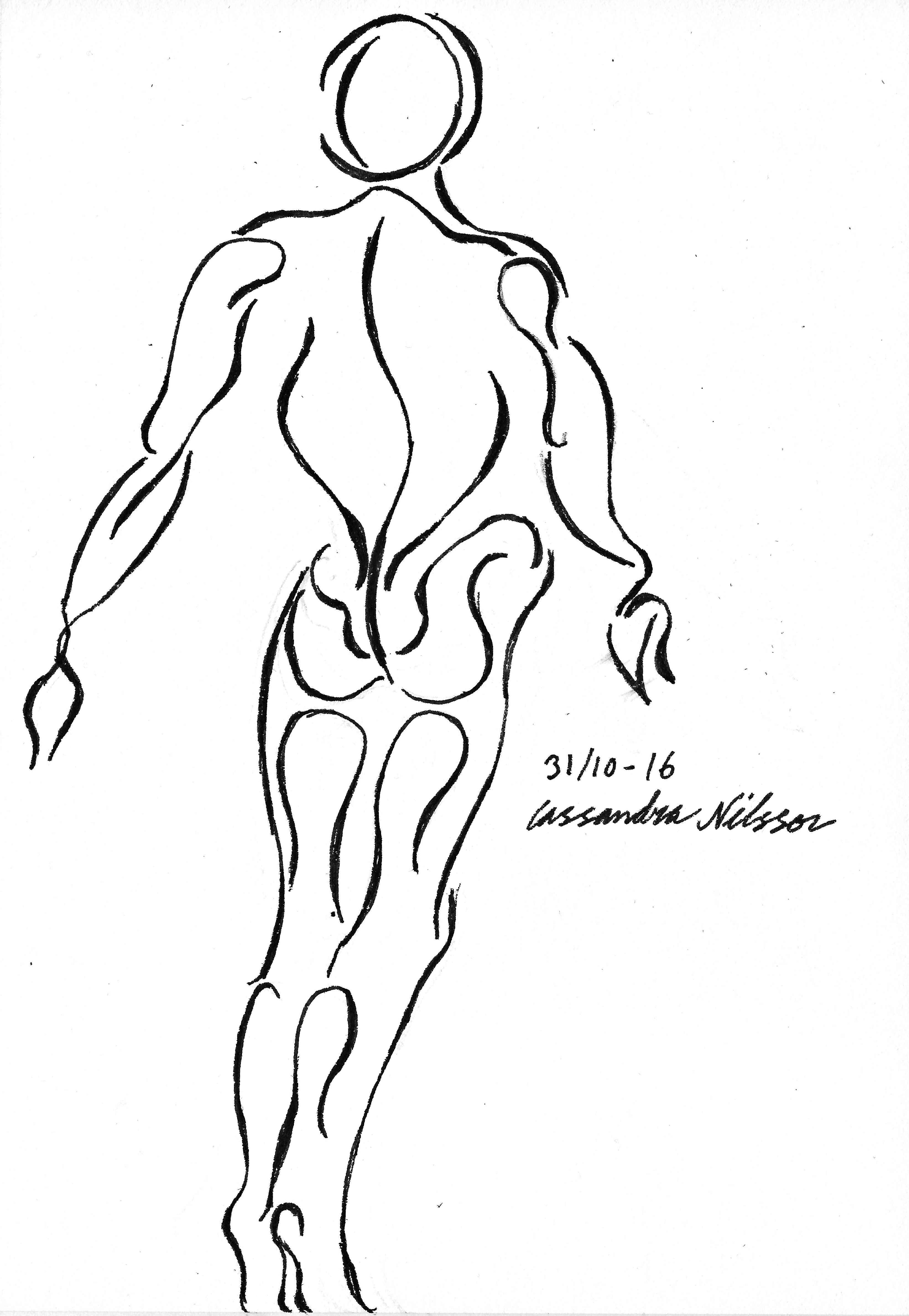 We went back for a final session at the City Museum. This time I visited the upper floor, which had this exhibition about how Norrköping the city came to be. Wax figures showed off the history of city.

One of the figures portrayed Adrienne De Geer, spouse of Louis De Geer – known as the father of Swedish industry. She’s a stern-looking, haughty lady. I have no idea why she was surrounded by a chest, barrels or a basket, but for some reason she was. Maybe I should have read the exhibition text as well as drawing?

The final days of Inktober will be up next week. 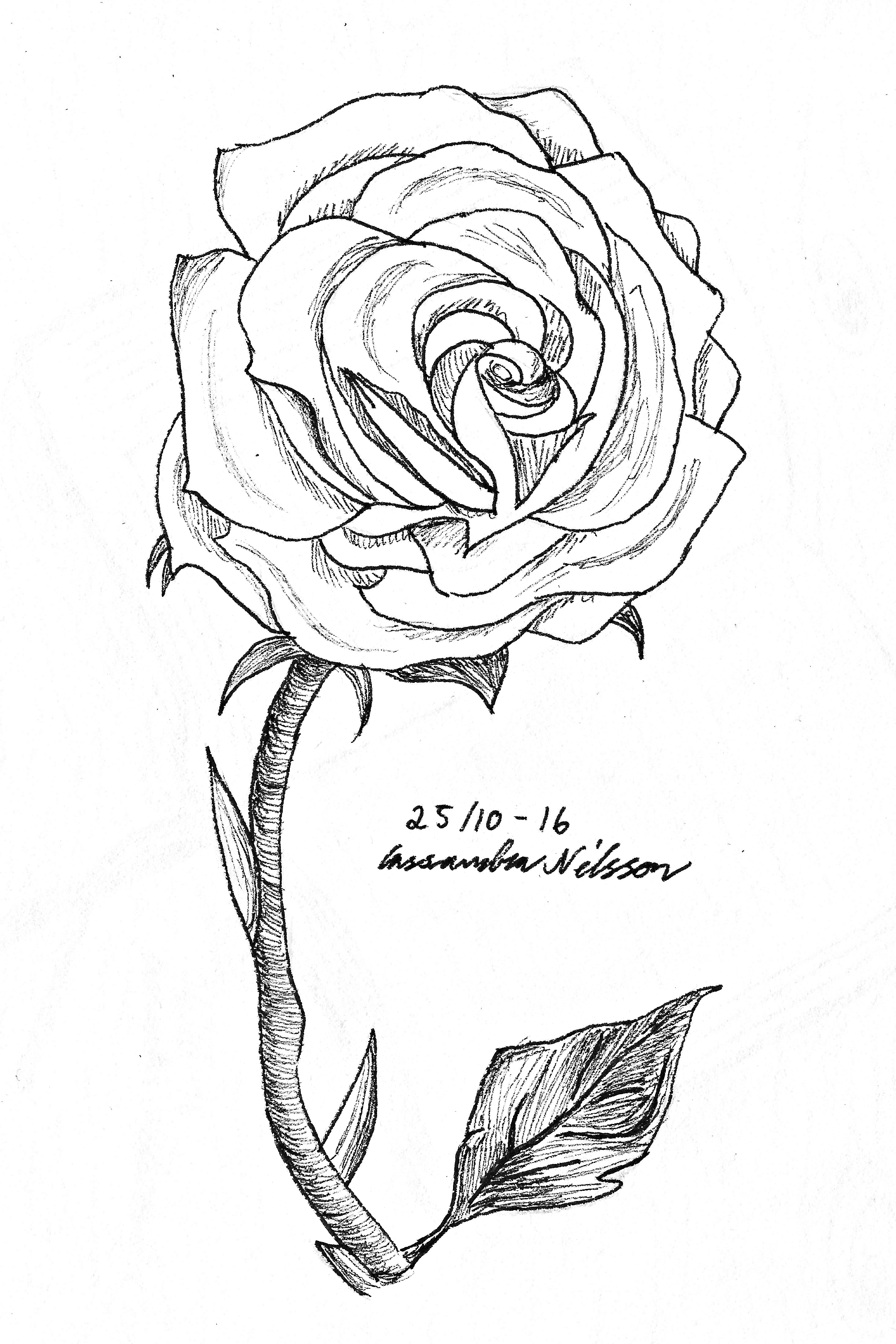 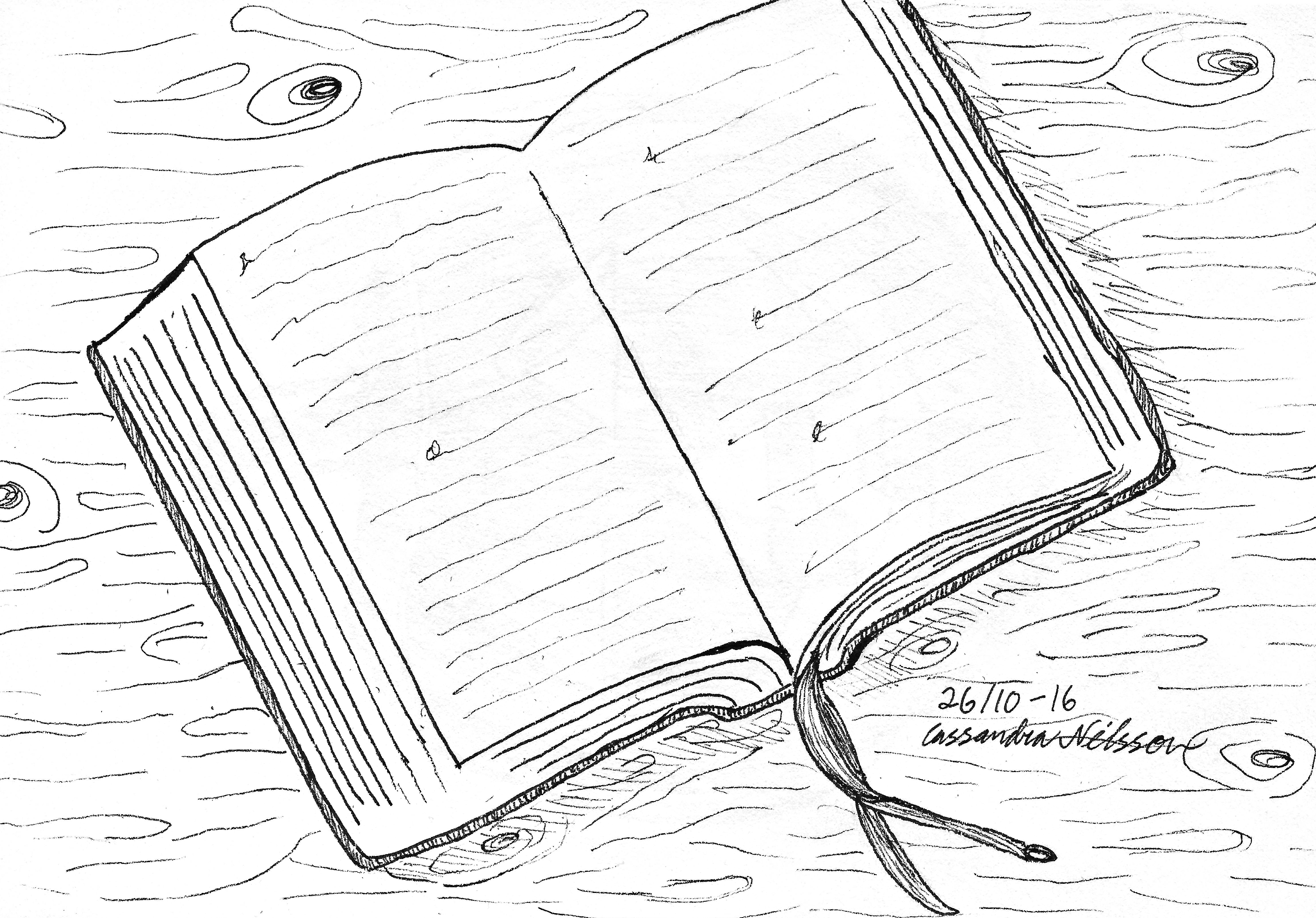 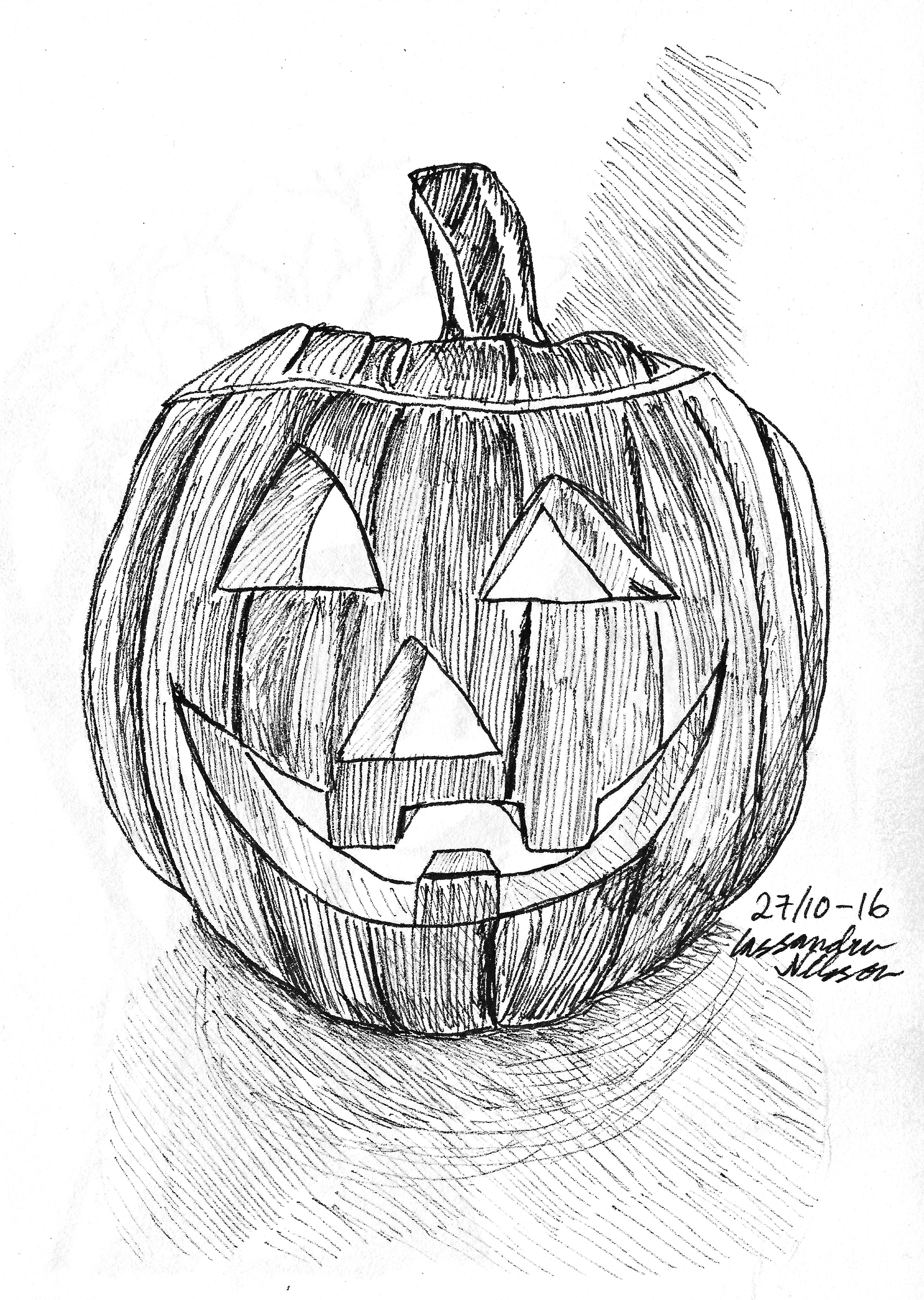 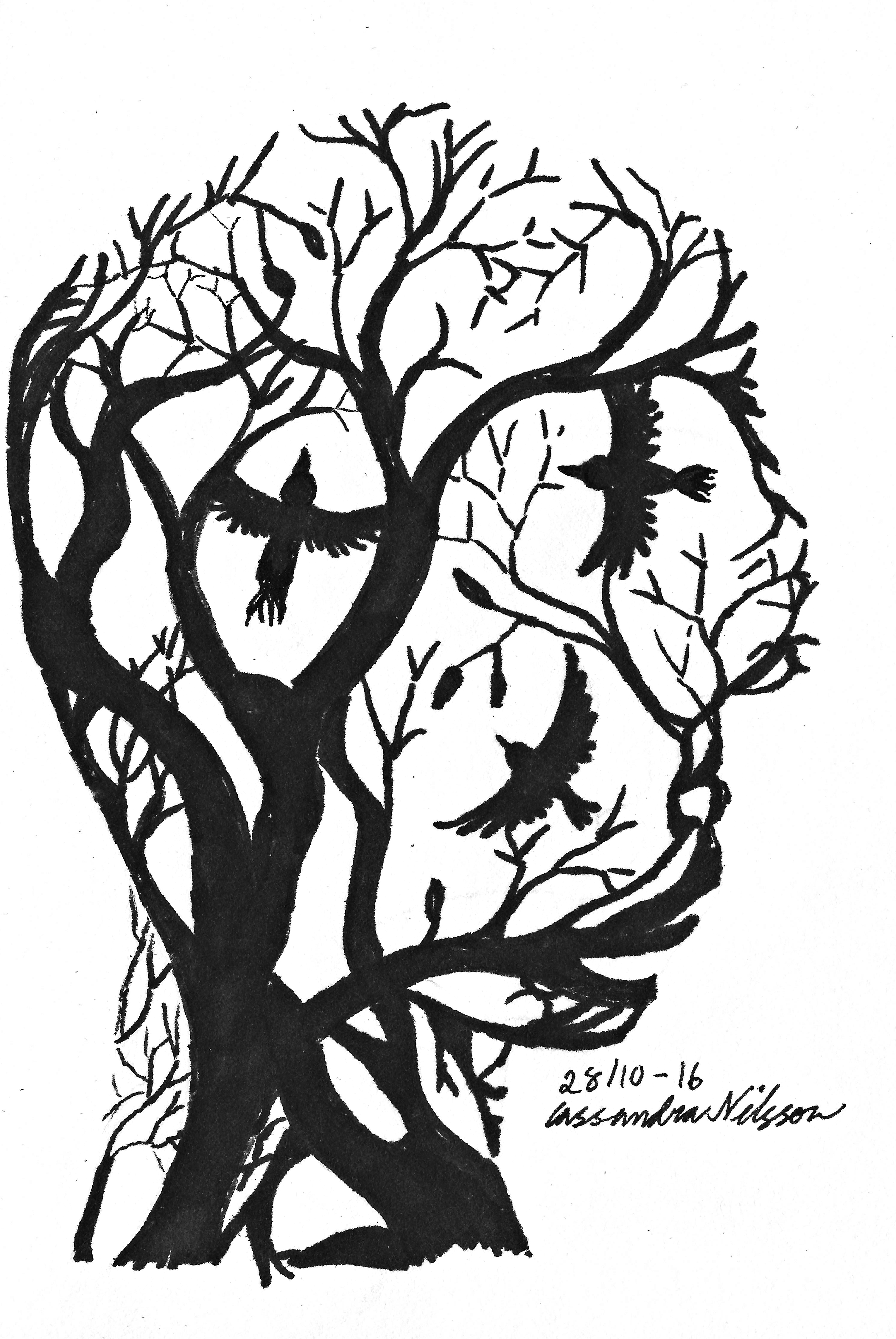 Since the City Museum is a treasure trove of motifs, we’ve decided to do a couple of more sessions at it. Since the weather’s getting quite bad here in Sweden, we need indoor places to sketch and this makes for a really nice location. 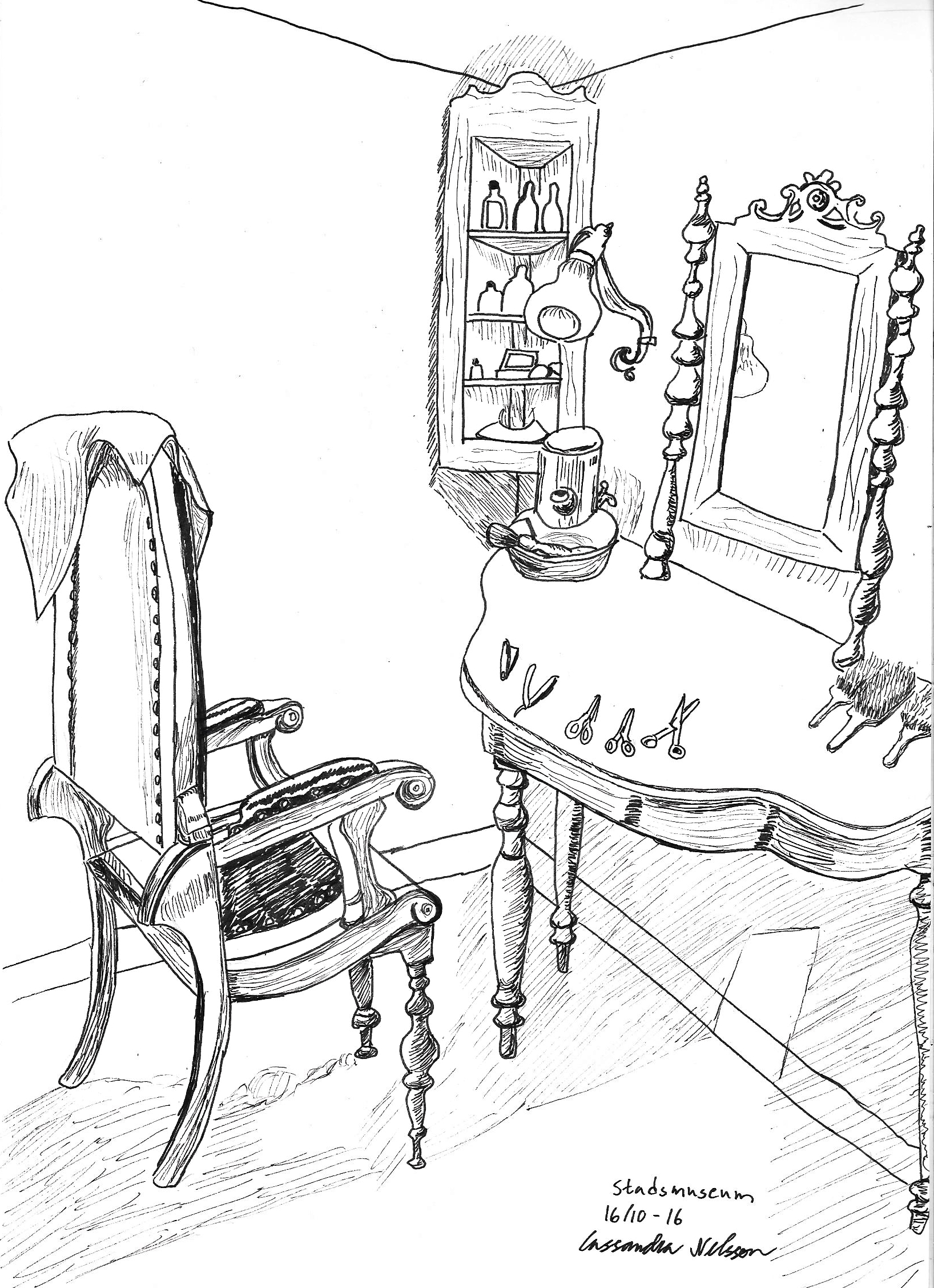 This time I drew this barbershop window and I’m really happy with how the image turned out. The chair almost drove me bonkers to draw. After struggling for a while, I decided to ink the table and the cabinet and then return to the chair later. When I had finished inking those parts, I realised what had been frustrating me about the chair and could re-draw it properly.

I’m so pleased with the inking in this one. But my favourite part might be the brushes, haha. They turned out really well. 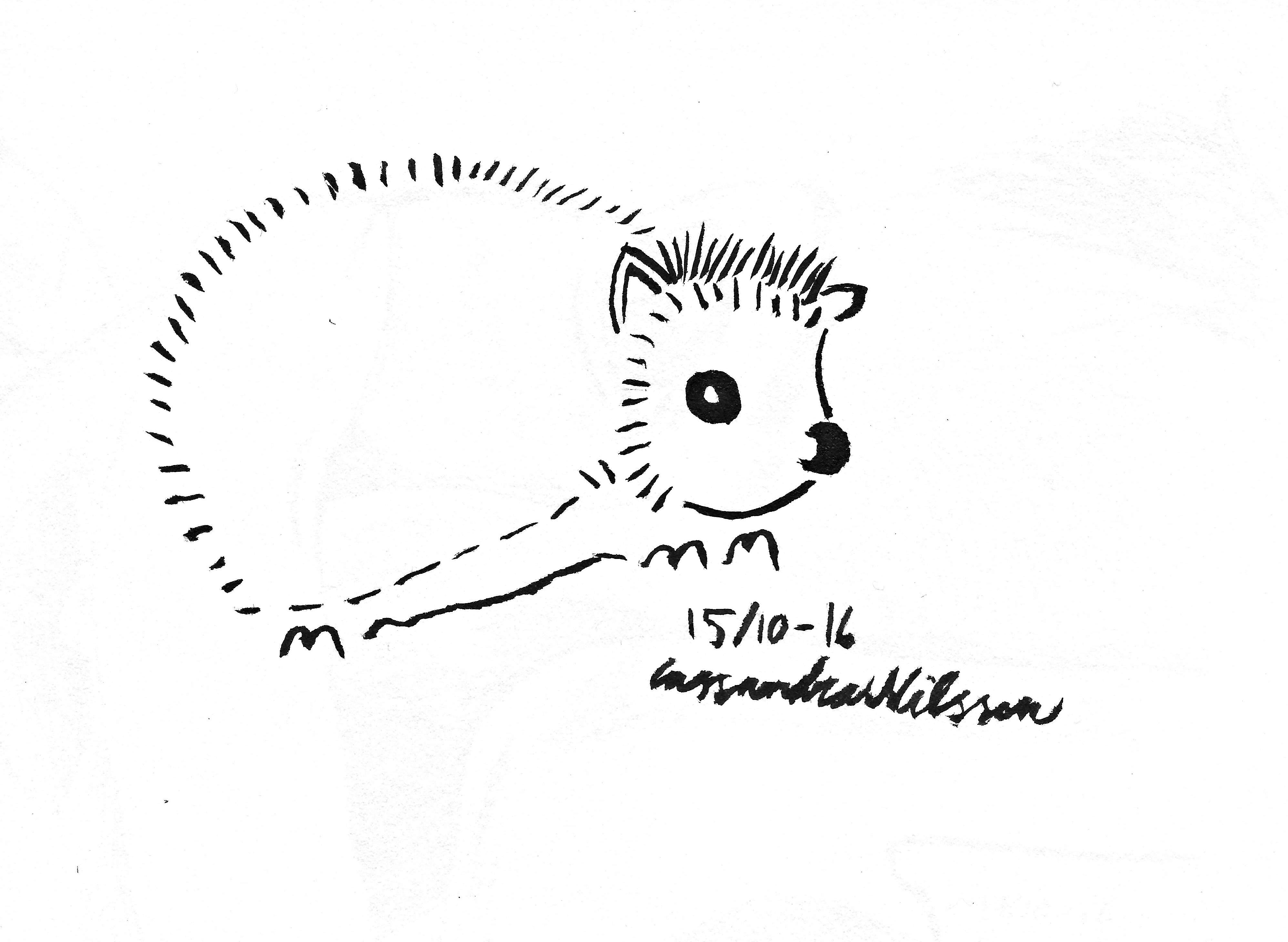 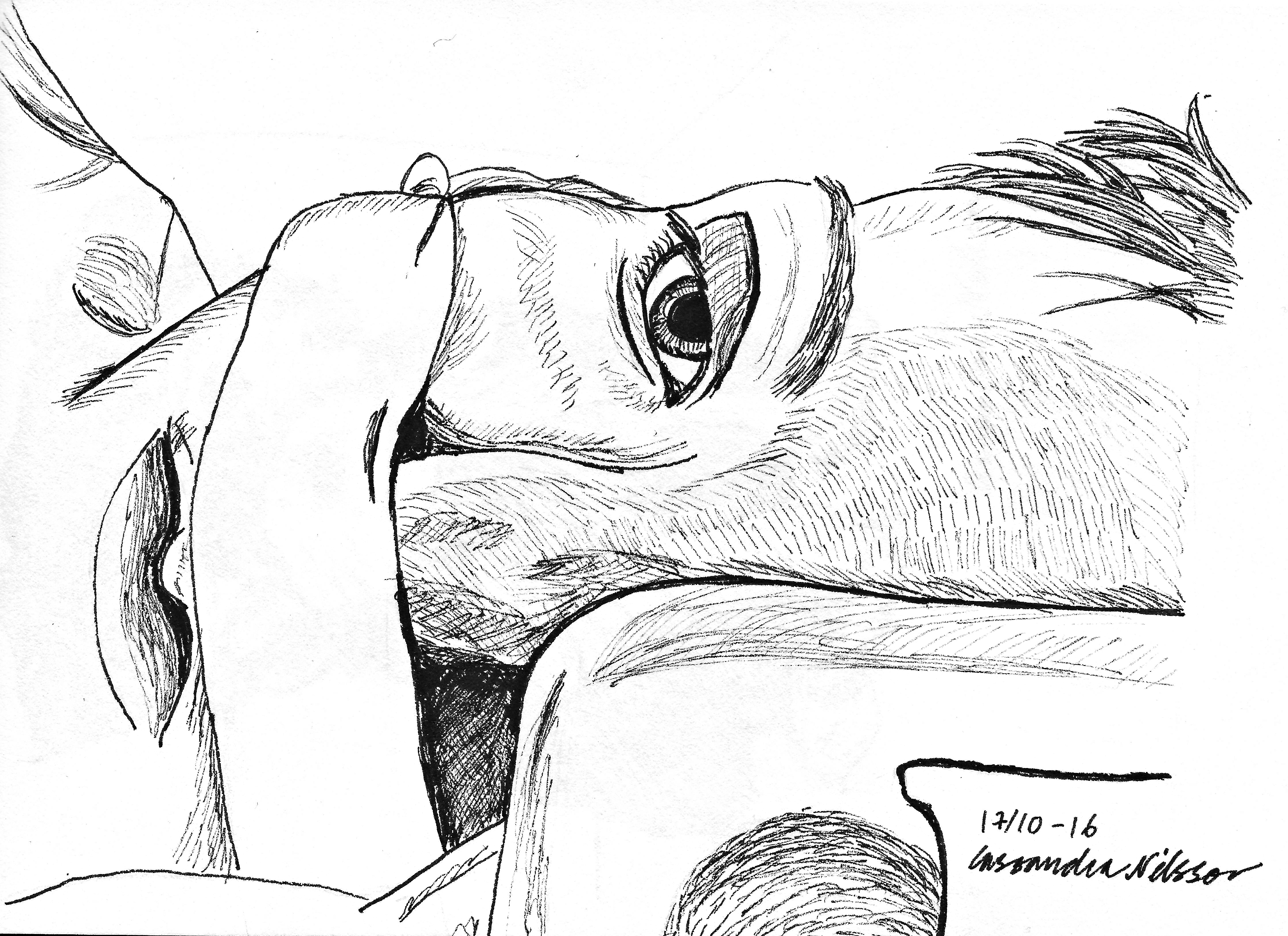 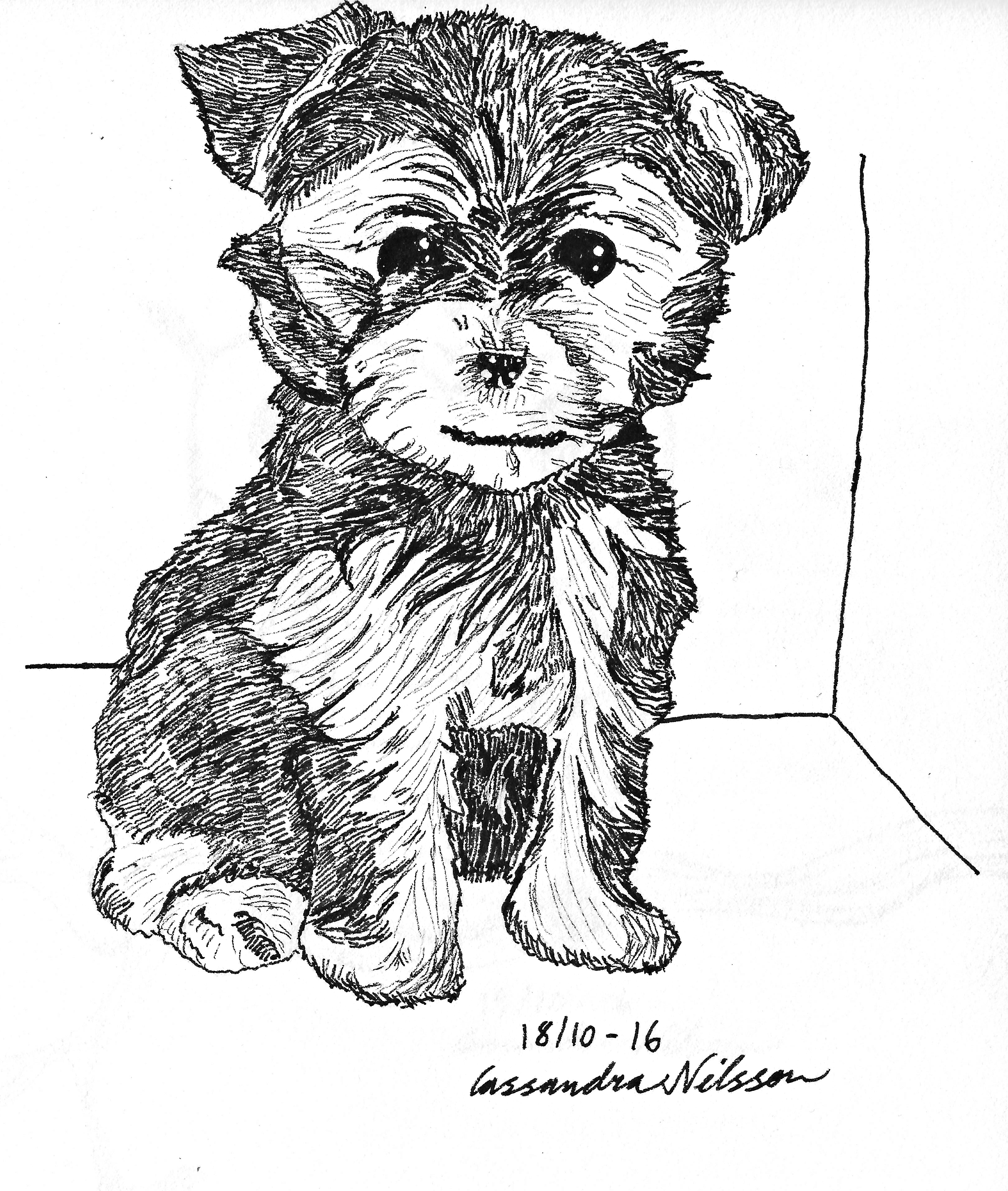 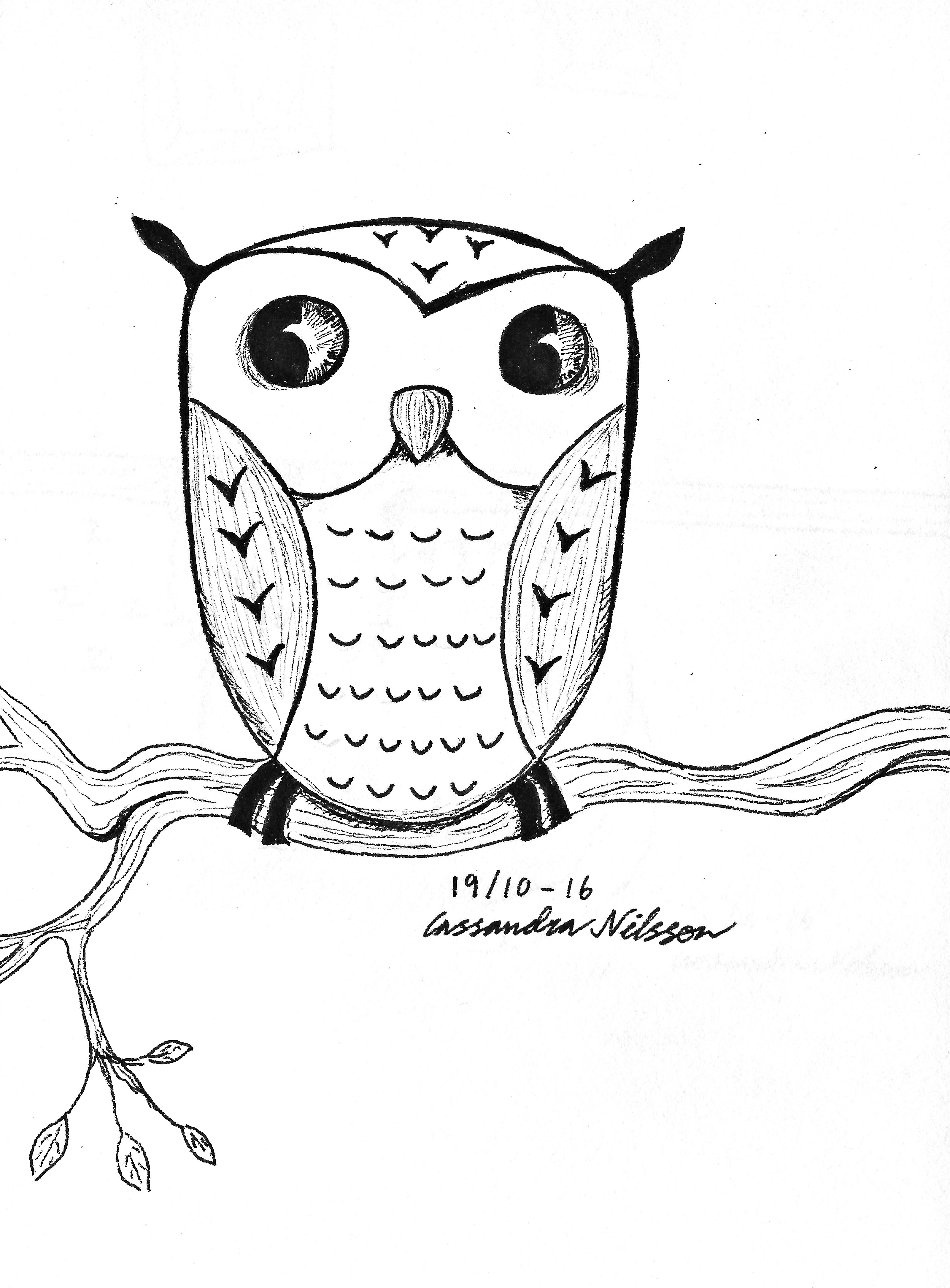 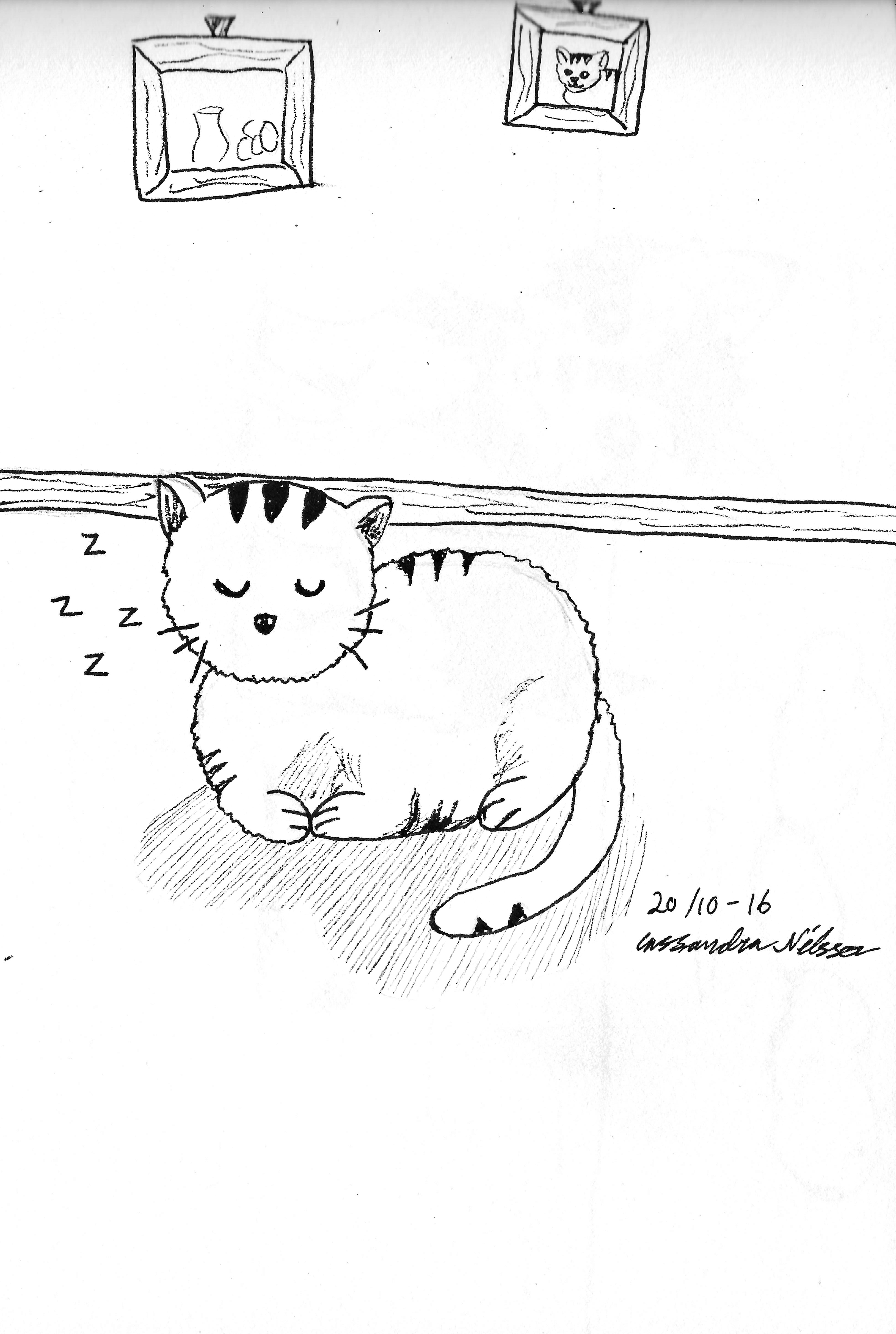 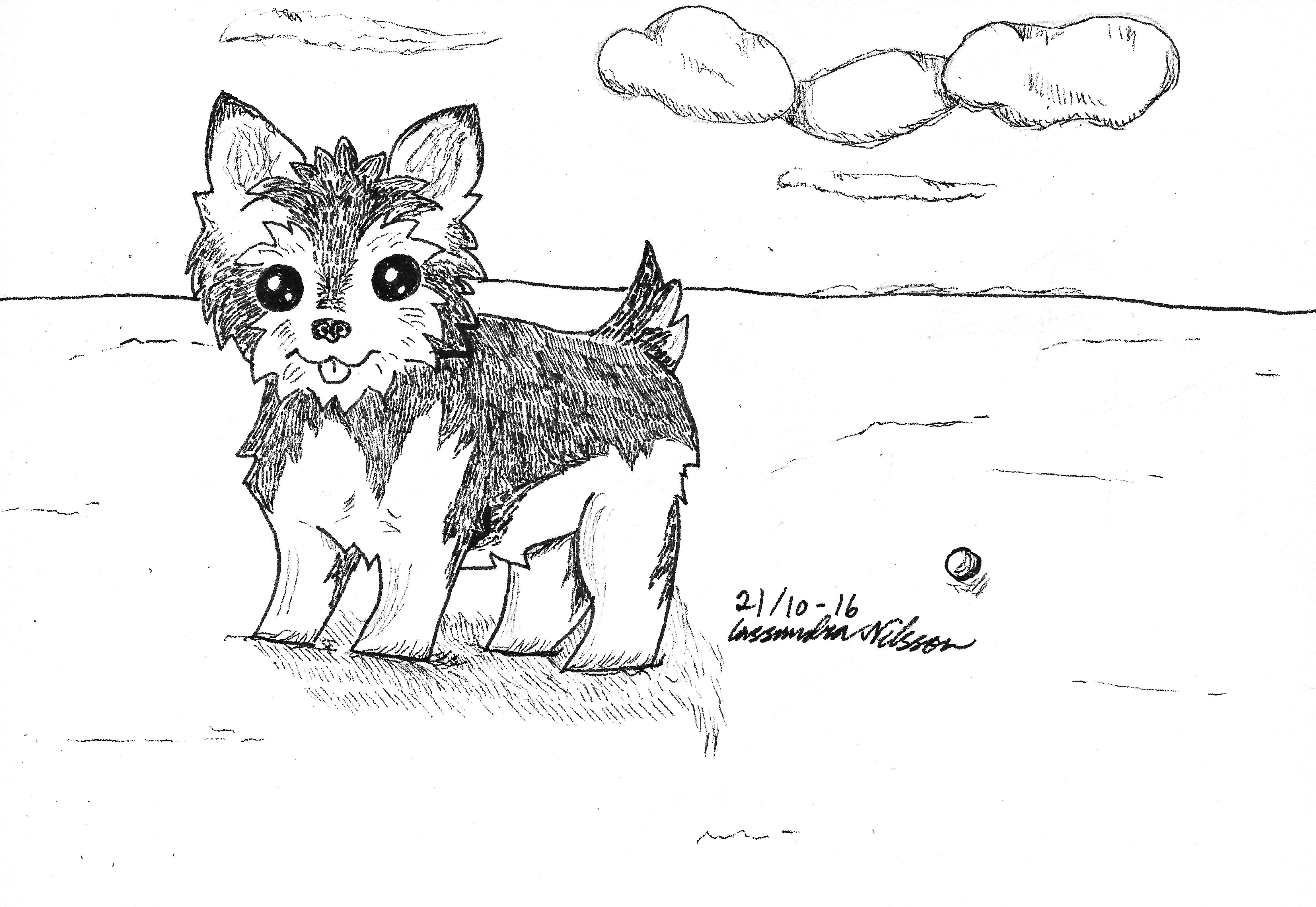 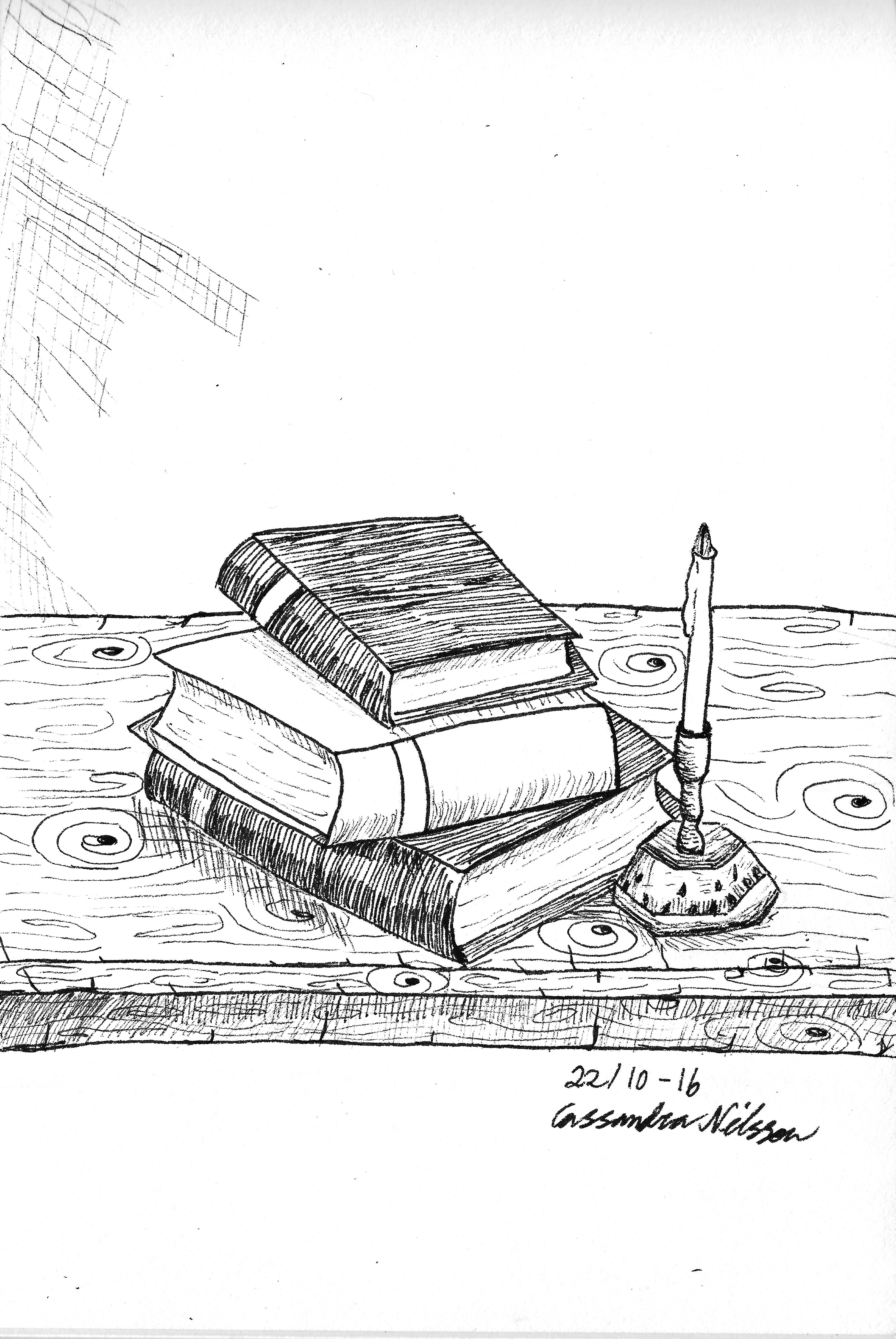 The Urban Sketchers group took a trip to the local City Museum. Free of entry and with these cool little scenes showing off the city’s industrial heritage. It was difficult to pick what to draw, but I did finally pick this hat-makers’ window. 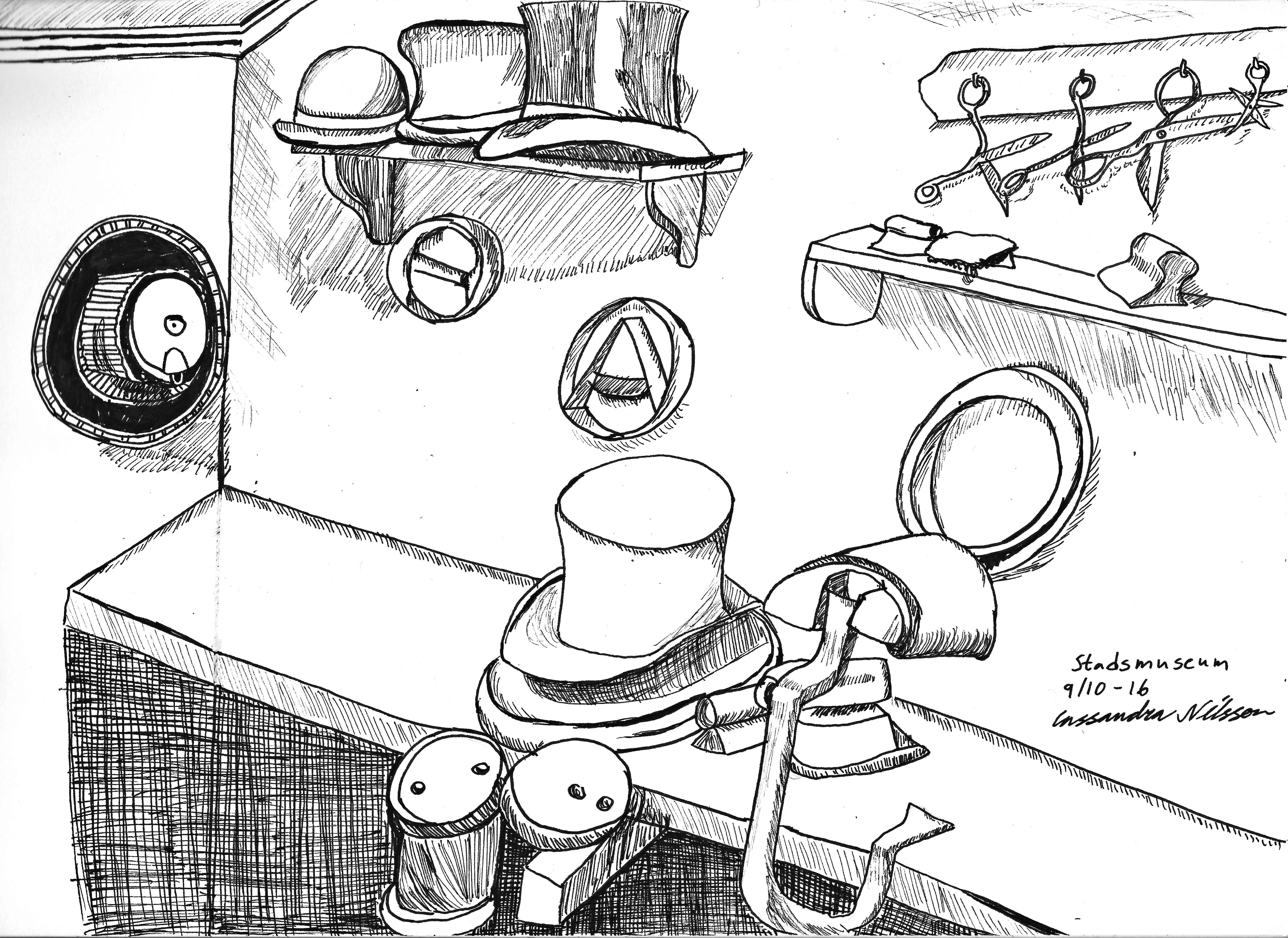 I think I made so many poor choices with this one, but there are parts I like. For instance, conveying the shapes of the different part of equiptment. I have no idea what most of them were, though. I just thought they looked cool. I like how the hat end up the focus point.

But I need to either bring a ruler to these events or learn how to draw straight lines! 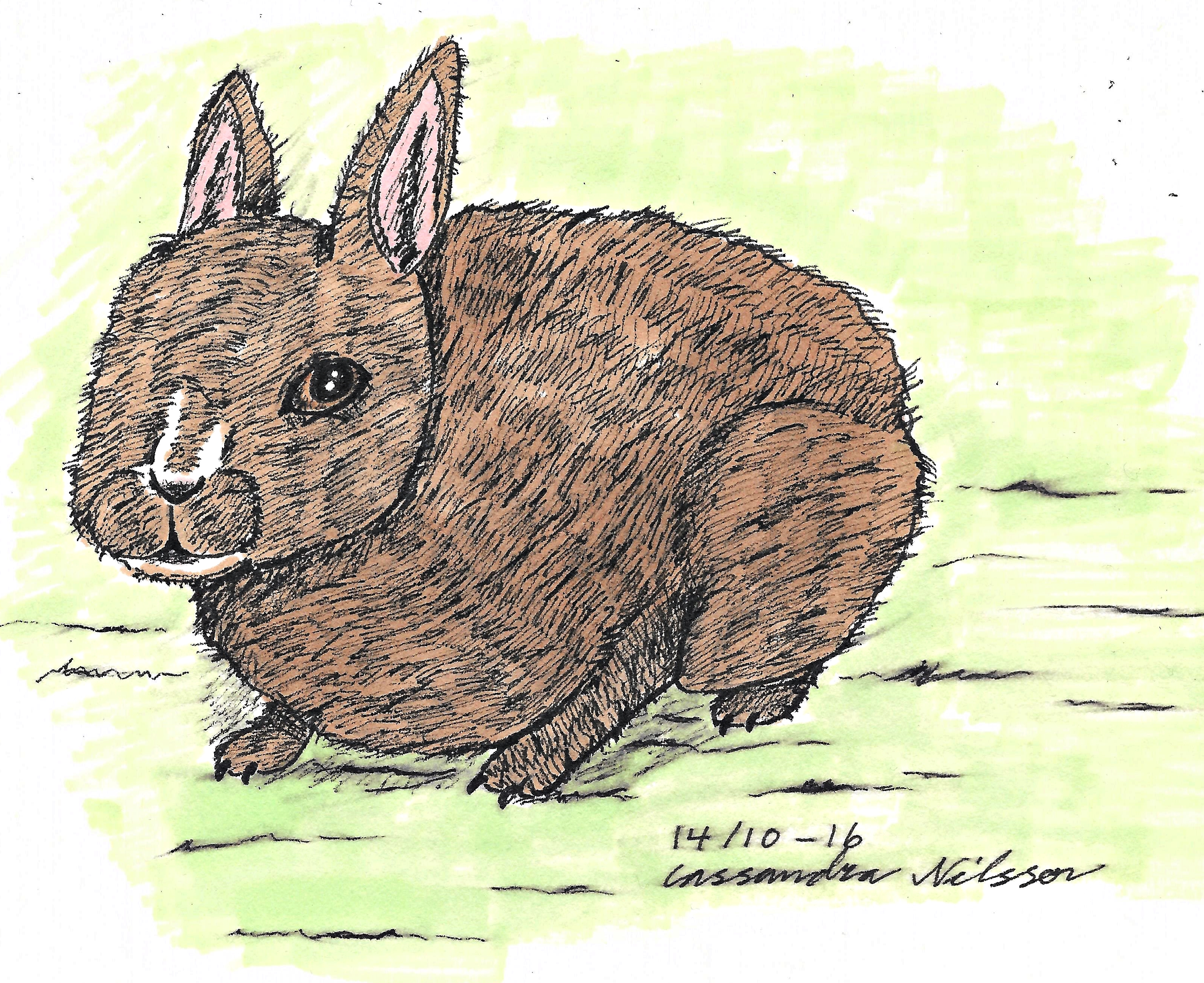 Through one of the new members in our Urban Sketchers group, I learnt about Inktober and thought I’d give it a shot. I’m not sure I’ll be able to participate through the whole month, as I’m starting a new job on the 18th and will be dead tired for the first couple of weeks.

But until then I’ll try to do an ink drawing every day. I’ll post them each Saturday until I catch up with the drawings for September, then I’ll do an entry ever Monday with my Inktober drawings. Maybe not all of them. I’ll save my urban sketches for Sundays still 😉 That’s why some days will be missing from these entries. I started off Inktober by cheating a little, using ProMarkers as well as ink pen. Though, since I wanted the inking to be the focus, I used ProMarkers to form simple colour blocks. I regret the background so, so much. The scanner has also done poorly on reproducing the colours – the bandana and skirt are not yellow, but lime green. I didn’t notice until now when I sat down to post this. I’ll redo it later.

As you can see, I got to use one of my sketches from the figure drawing event for this image. I plan to revisit this character again for Inktober. For day three, I finished an old drawing I had laying about. I began sketching this staircase back in July, when I was in Scania, and it’s from the house I was staying in. Marble stairs are scary to walk in, but striking to look at.

I’m fond of the textures in this one. 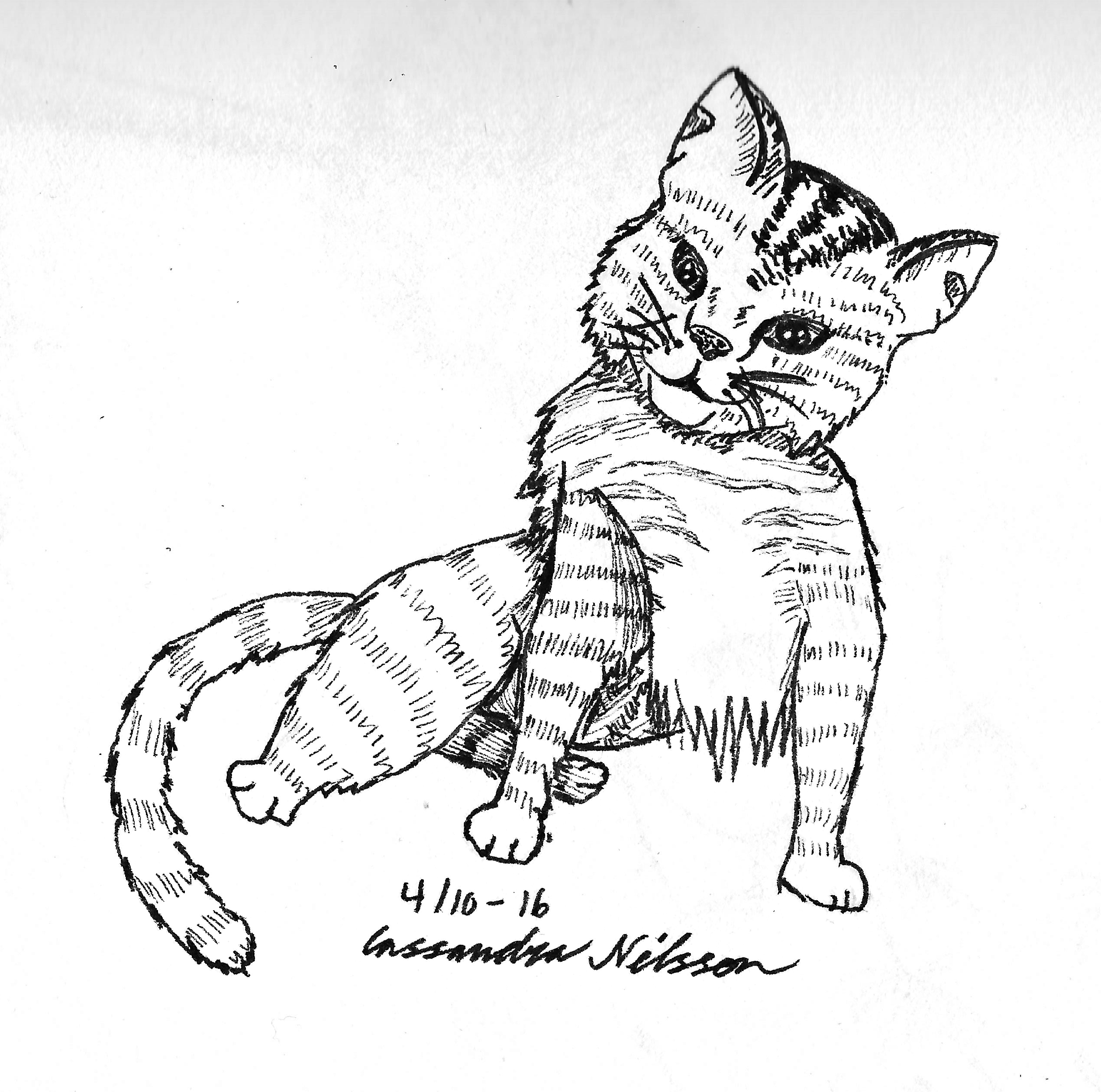 I was feeling a bit tired and uninspired, so I decided to keep it very simple for day four and draw a tabby. It’s been a while since I drew a cat and I think it turned out really cute. 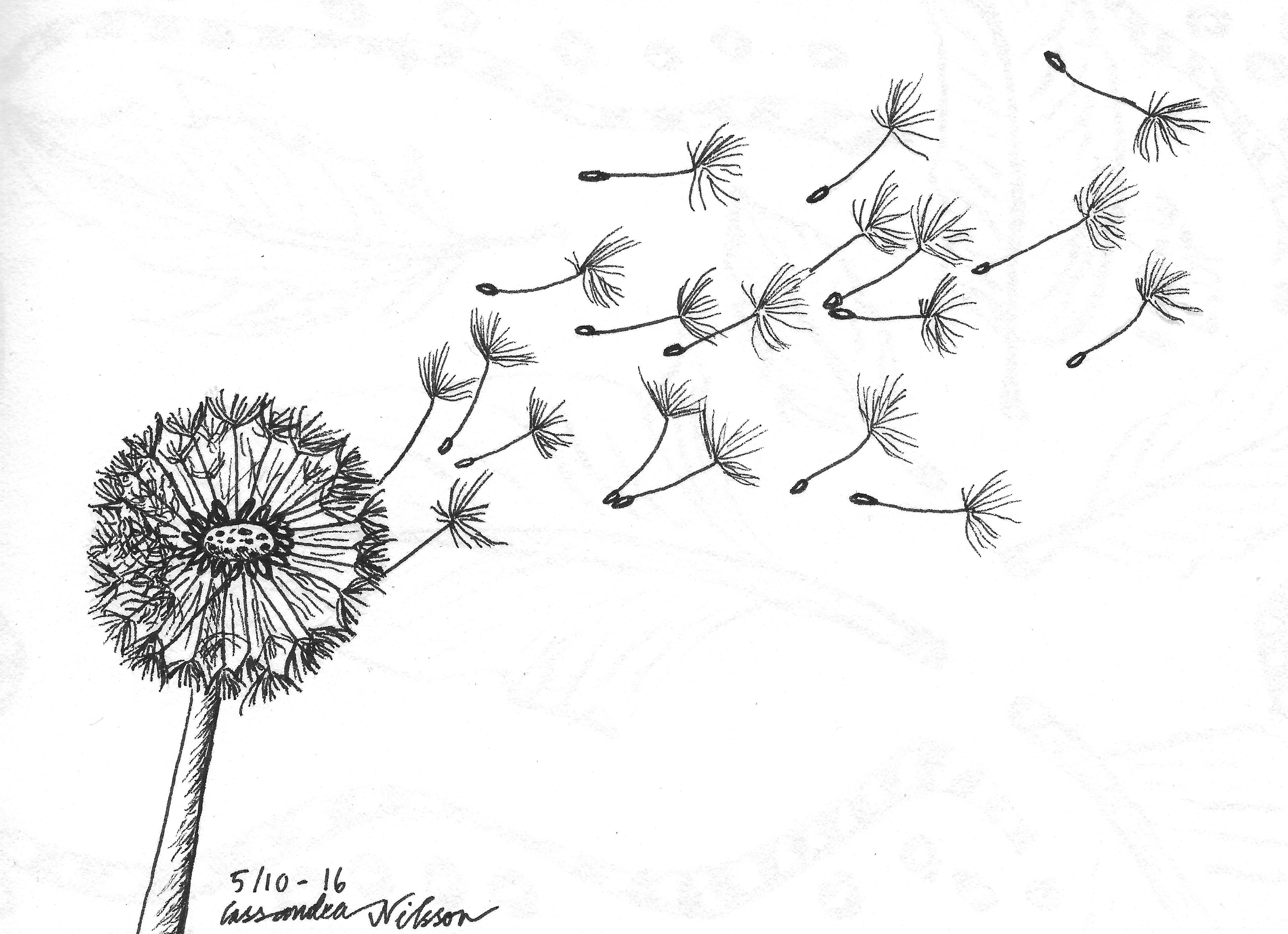 Not the most creative picture I’ve ever drawn, but I think it turned out rather well. For the sixth day I decided to draw a tree, something I’ve wanted to work on. It turned out rather well, despite me losing interest halfway through and being a little sloppy. It’s kind of obligatory to draw a spider when Halloween’s approaching, so I drew this tarantula. I think it’s my first time drawing a spider and I’m rather happy with the result.

I do regret the shadowing beneath the body, though. Parts of it looks fine, other parts look really off.